Until recently, this instrument had the highest mass resolving power in the Intermountain Wes (see above why it is no longer #1). Fourier transform mass spectrometers serve as electromagnetic "test tubes" in which charged molecules can be trapped and broken apart, revealing their structure, or reacted with neutral gases to reveal their chemistry in unprecedented detail. This instrument's data acquisition system was upgraded 3 years ago to state-of-the-art capabilities. It is currently being used to study supramolecular systems (complexes of two or more molecules held together by weak, non-covalent interactions to build larger structures) in the gas phase using experimental and computational methods synergistically, and in developing new techniques specialized for their characterization. The characterization methods being developed as part of this work will not only impact supramolecular mass spectrometry directly, but they will enable applications of supramolecular chemistry that may impact manufacturing, computing, and medicine in the long term. New experiments use this instrument in conjunction with BYU's National Science Foundation-funded tunable laser facility to probe how molecules trapped and characterized in the FTICR absorb infrared radiation, yielding snapshots revealing how the molecules are folded. This kind of shape information is vital for understanding how molecule-sized machines might function. The techniques we are developing will also be immediately useful to biomolecular studies. Graduate students will gain valuable training in advanced techniques for high performance mass spectrometry that are vital for the biotechnology industry and the emerging field of proteomics and giving them breadth beyond biochemistry.

This machine is a combination of two instruments (GC and MS). It uses gas chromatography to separate samples and then uses mass spectrometry to analyze and identify small and medium-sized molecules. The GC-MS is mostly used to identify organic molecules but can also identify small, volatile inorganics, such as the permanent gases, and small inorganic complexes that are not ionic. 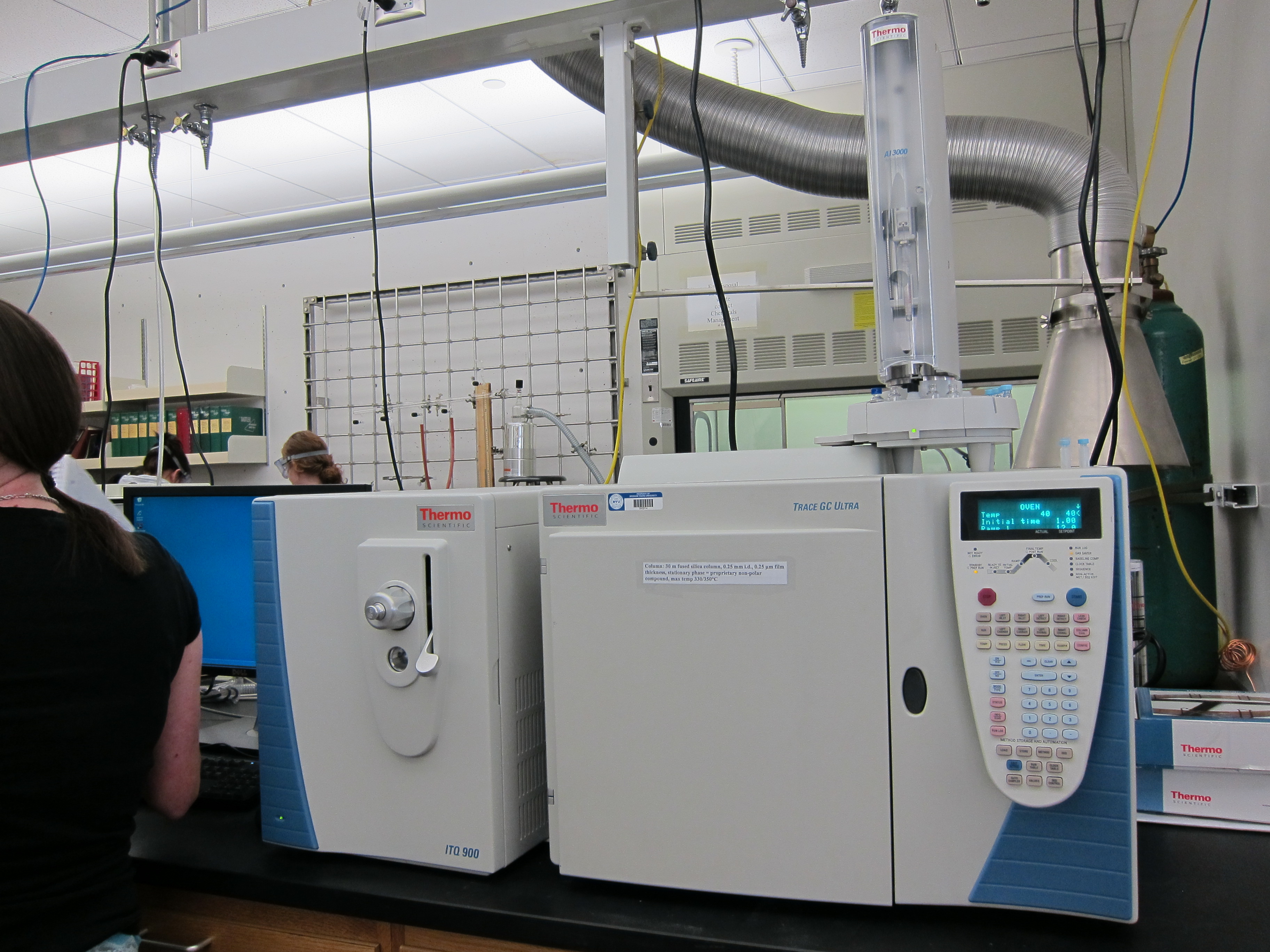