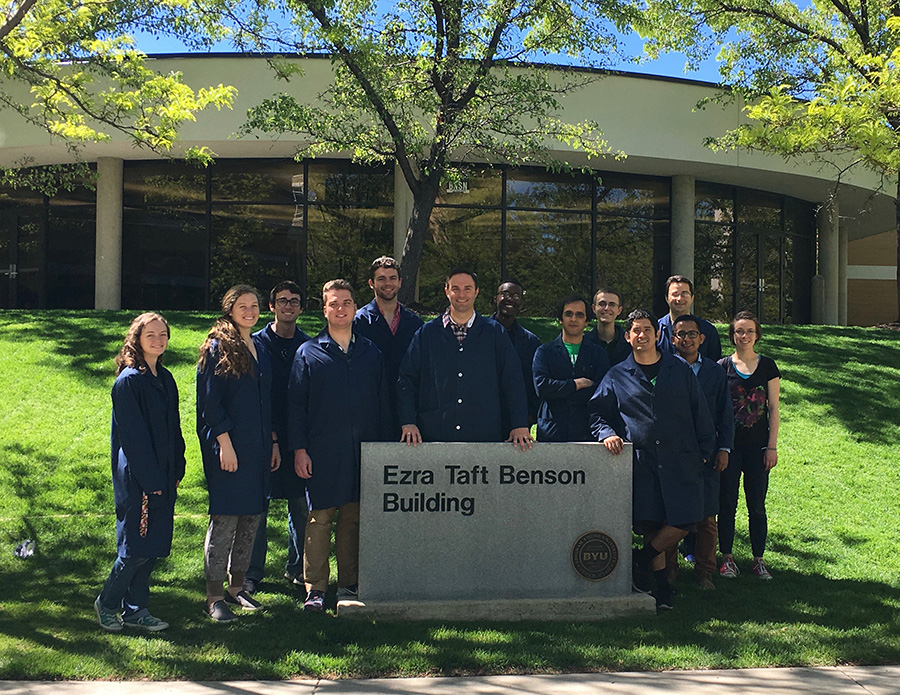 Research in the Michaelis Group:

The Michaelis laboratory is interested in new strategies in catalyst development that provide solutions to some of the most challenging limitations of current organic synthesis.  Specifically, we develop heterobimetallic catalysts where formation of a metal–metal interaction is critical to catalyst performance.  We also develop polymer-supported nanoparticle catalysts where the polymer support acts as a tunable "ligand" to tune catalytic activity and selectivity.  We are also working to develop polypeptide-based multifunctional catalysts that mimic enzyme catalysts.

May 2017: Jorge Hernández arrives in our group as a visiting scholar from the Universidad Autónoma de Nuevo León in Mexico.

May 2016: Mike and Ryjul's paper on Ti-Pt heterobimetallic catalysis is accepted to Dalton Transactions.  Nice work!

October 2015: The Michaelis group is awarded an ACS PRF grant!

March 2015: Our third paper, and first in nanoparticle catalysis, is accepted to ACS Catalysis. Congrats, Reddy!

March 2015: Our second paper on heterobimetallic catalysis in Collaboration with the Ess Lab is accepted to JACS. Nice work, Whitney!

January 2015: Our first paper is accepted to Organic Letters and is now available in the ASAPs!