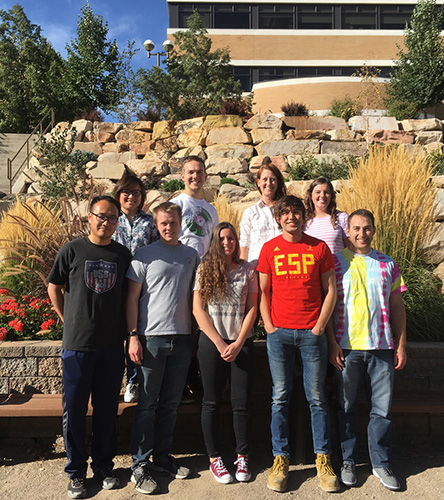 Hailing from Pocatello, Christine finished off a Bachelor’s degree and Master’s degree before joining the group. She now works on the interface of homogeneous and heterogeneous catalysts in figuring out how best to activate and use CO2 as a feedstock. When she’s not in lab, she’s out playing sports or taking care of her dogs.

“Joe” joined us from Oregon where he did some work on quantum dot synthesis as he obtained his Master’s degree. He continues a bit of that work in a new direction as he studies the CO2 adsorption capacity on amine decorated CNT. When he’s not in lab he may be found swimming or playing computer games.

Ph.D. candidate with a projected graduation date of Fall 2021. Hans does his studies mostly within the UHV chamber, studying various chemical mechanisms on single crystal surfaces. In his spare time he works as a handyman, and enjoys spending time with his wife and infant soon to be toddler son.

Camille Jackson is a chemistry major (projected 2019) and has been working with Justin and Steven on understanding how best to use IR to characterize the materials we have made. When she’s not in lab, she’s hitting the books and chatting with friends.

Kelsey Canizales is a chemistry major and joined the lab in Fall 2017 and is projected to graduate in April 2020. He has been working with Justin (a senior graduate student who has since graduated) on various catalyst projects in his
time at the Stowers lab. He is scared of heights, likes weightlifting, and hates the color pink.

Emma Orcutt joined in Fall 2018 working with a graduate student Zheng Zhou to create carbon based catalysts to be used in our oxidative dehydrogenation project.  She is a double Chemistry and German major.  When she isn&#39;t studying or working in the lab, she is running, or creaming her husband at Guitar Hero. 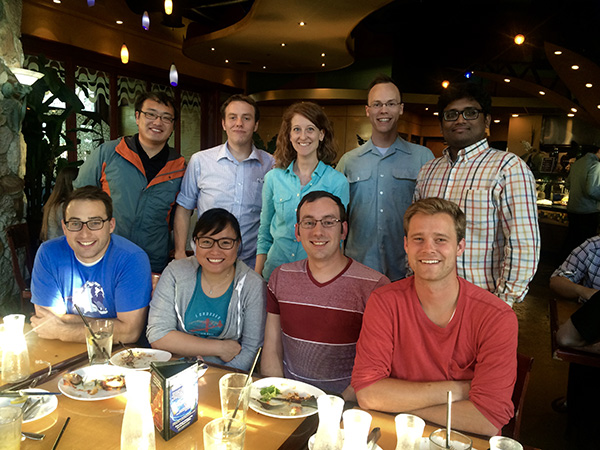