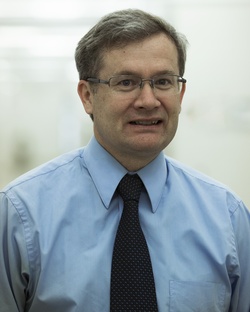 Secretary for the ISMSC: International Symposium on Macrocyclic and Supramolecular Chemistry.

Separations chemistry and catalysis are just two of the many fields of chemistry that rely on molecular recognition. Separating compounds and selectively catalyzing a reaction occur due to binding between two molecules. The supramolecular interactions between a host molecule and a guest molecule allow for such interactions as selective binding, chiral recognition, and separation. The Harrison Lab's introduction into the field of host-guest complexes came with the discovery of a metal assembled capsule, consisting of two synthesized cup shaped molecules brought together by metal ions. Along with the capsules, Harrison scientists have formed metal-resorcinarene complexes with various metal ions such as iron, cobalt and copper. The Harrison Lab is now pursuing with interest host molecules that will selectively bind one enantiomer preferentially over another. The Harrison Lab is also exploring the synthesis and properties of larger host molecules and their ability to encapsulate water contaminants. Students working on this project learn to synthesize and characterize organic and inorganic compounds and use them to bind or encapsulate other molecules. 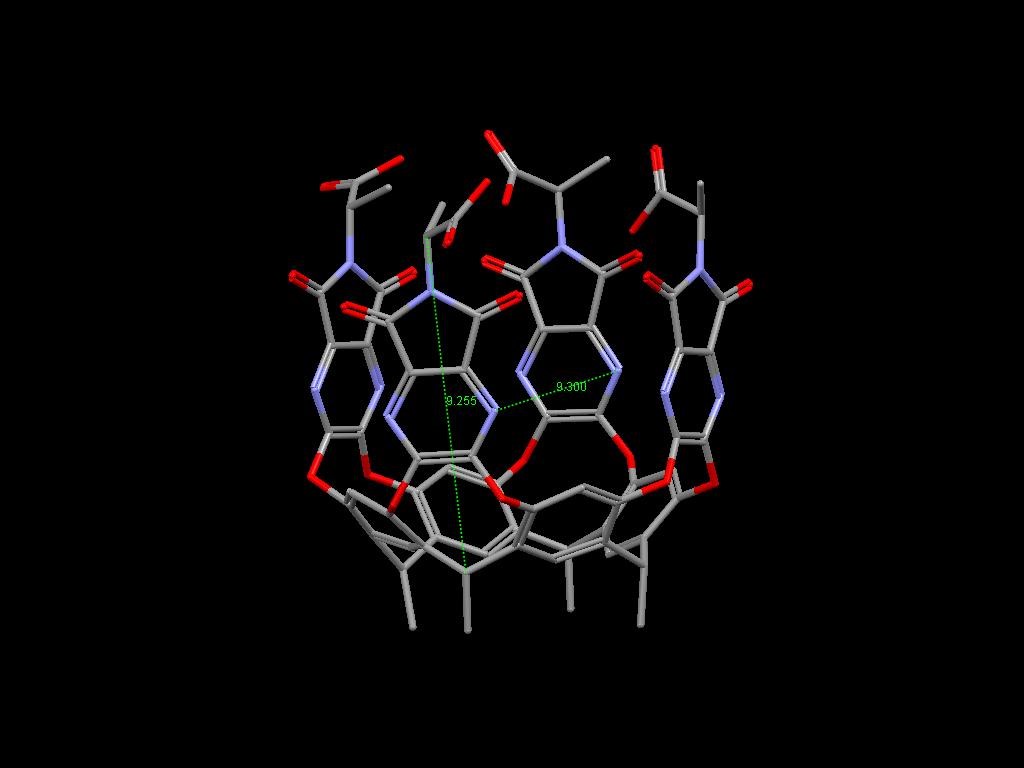 Cavitand molecule with alanines along its upper rim.

A related area of research Harrison researchers are pursuing is the application of cavitands in separations. Small quantities of molecules are harmful to humans as water contaminants or unwanted substances in the body. Students in the Harrison Lab Group use ion chromatography to detect and quantify anions, cations, pharmaceuticals and biological compounds. To do this, students pack columns with cavitands and perform separations using an ion chromatography instrument. Students then become experts in separation techniques and use their skills to analyze molecules in tap water, river water, and biological fluids. 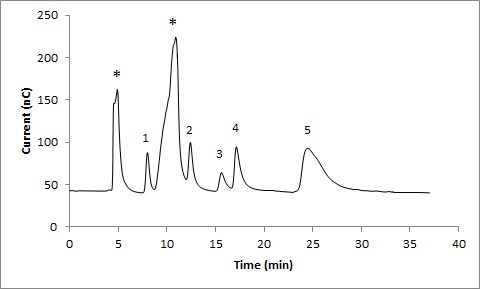 Materials with subunits in the nanometer range are being studied for their semiconductor and energy transfer properties. Members of our group synthesize nanoparticles, nanoprisms, and nanoplates made of ZnO and investigate their light absorption and emission properties, as well as gas adsorption.  Students working on this Harrison Lab project synthesize new nanomaterials and while characterizing them, learn to operate many instruments, such as XRD, SEM, TEM, ICP, Uv-vis and NMR. 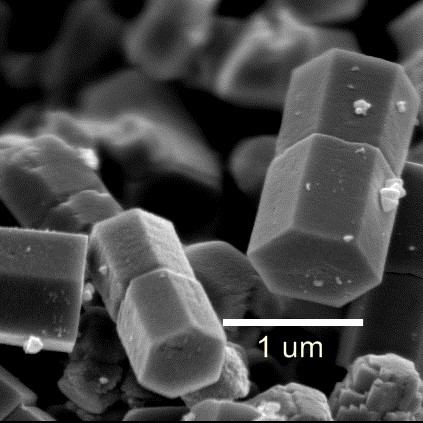 Prisms made of ZnO.