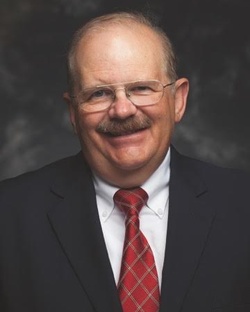 Studies at the Goates Lab involve the application of spectroscopy and lasers to both analytical and physical chemistry problems.

Professor Goates and his students focus on problems ranging from the detailed analysis of complex substances to studies of the behavior of supercritical fluids to molecular structures at surfaces and interfaces. Much of Goates Lab's work involves collaboration with other research groups, thereby bringing greater expertise and unusual perspectives to bear on chemical problems.

Analysis of complex, high-molecular-weight samples has been a longtime area of effort for the Goates Lab Group. Such samples range from fossil fuels to biological materials. Supersonic jet spectroscopy (SJS) especially when coupled with supercritical fluids (SF) allows for selective detection of the components of samples. This selectivity is because the supersonic jet process produces spectra with much greater detail and information content than does conventional spectroscopy. Compare, for example, the conventional excitation spectrum of perylene in toluene shown in the upper figure with the SJS spectrum in the lower figure. Goates Lab researchers have extended the technique to nonvolatile, thermally unstable compounds by employing supercritical fluids, rather than gases, as the carrier fluids. Further, Goates researchers have shown how SJS can be coupled to capillary supercritical fluid chromatography to obtain particularly high analytical resolving power. The Goates Lab is currently pursuing studies in natural product and medical analysis.

Another area of interest has been investigation of phenomena important to chromatography. These include experiments employing non-linear surface spectroscopy to probe the chemical structure of stationary phases under varying circumstances in order to get a better understanding of the interactions involved in chemical separations. As an example of probing surface structures by non-linear spectroscopy, Figure 2 shows sum frequency spectra of phospholipid on a cross-linked octadecyl layer.

Students in the Goates Lab receive broad training in spectroscopy, optics, lasers, computers, and vacuum techniques. An eagerness to learn, self-motivation, and a readiness to tackle unfamiliar problems are the primary qualifications.

S.R. Goates, D.A. Schofield and C.D. Bain, "A Study of Non-Ionic Surfactants at the Air/Water Interface by Sum-Frequency Spectroscopy and Ellipsometry," Langmuir 15, 1400 (1999).