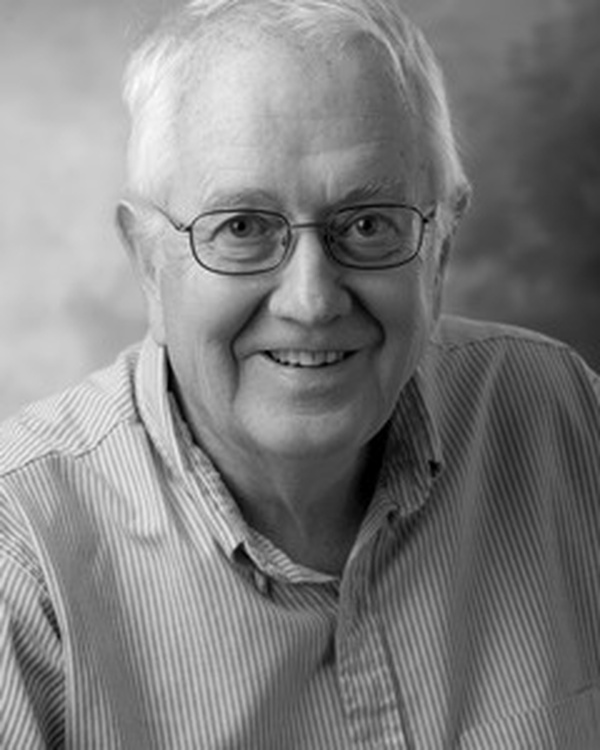 Dr. Henderson passed away early in the morning of Friday, September 25th, 2020, after a long battle with cancer. He is survived by his wife, Rose-Marie, and daughters Barbara, Dianne, and Sharon.

Dr. Henderson is further survived by a legacy of excellence in scholarship and instruction on levels international as well as local. After completing a graduate degree in mathematics from the University of British Columbia, Henderson obtained a PhD in physics at the University of Utah under Dr. Henry Eyring in 1961 (Dr. Eyring being the father of Henry B. Eyring, the current second counselor in the General Presidency of the Church of Jesus Christ of Latter-day Saints). In the course of their work, Henderson, according to his family, acquired a deep interest in mathematical, physical, chemical, and biophysical theory. Following the completion of his PhD, Henderson taught at the University of Idaho, Arizona State University, the University of Waterloo, Canada, and the Autonomous Metropolitan University in Mexico City. He then departed academia for a time and spent the majority of his research career at the IBM Almaden Research Center of San Jose, California. It was at IBM that Henderson and colleague John Barker conceived and developed the theory of liquids—a theory now fundamental to science’s understanding of liquids.

“The theory of liquids is an analysis of how attractive forces between molecules hold a liquid together… not in any kind of rigid orientation. Instead of an organized array of molecules, there is a probability distribution around a given molecule,” said Life Sciences professor David Busath, with whom Henderson worked closely and befriended over research and lunchtime meetings. “[Henderson’s] work showed that at low enough temperatures, molecules will stick together [before reaching] a transition temperature where they will blow apart into a gas.”

Published in the mid-1960s, Henderson’s theory made waves in the scientific community. Before the theory of liquids, chemists possessed only qualitative understandings of the subject, according to Busath; but Henderson expressed the connection between molecular organization and physical state through diagrams and equations. In this way, Henderson’s work pioneered intermolecular research all the way from liquid structure to chemical thermodynamics.

After retiring from the IBM Almaden Research Center, Henderson continued his research at BYU in the Chemistry Department. He taught a very limited number of graduate classes; however, as aforementioned, his research had made an international impact, and he went on to contribute actively both to BYU and to the international science world.

“He had a lot of [chemistry research] collaborators… all over the world… who would do research and send it to him and he would make comments. Sometimes they would come from overseas and spend a month or a semester at BYU,” remembered Chemistry Department emeritus faculty member Randall B. Shirts.

Henderson held honorary ranks at the University of Hong Kong, the Rush Medical University in Chicago, and the Ukrainian National Academy of Science. He published over 500 scientific articles in his lifetime, including many theories both related and unrelated to the theory of liquids. Henderson continued writing, editing, and publishing articles until his death. His activity garnered great recognition, including a national award from the American Chemical Society (ACS).

Dr. Shirts was charged with organizing a series of presentations honoring Henderson at a national ACS conference. “[I invited] prominent scientists all over the country and internationally to present research they had done using ideas originated by Doug,” said Shirts. “He was always very modest and appreciative of any such recognition.”

International honors are a type of distinction few scientists achieve in their careers, but Henderson received multiple international scholarships, fellowships, and awards for his work. Furthermore, Henderson made an impression at home, too. Busath recalls weekly lunches with Henderson; Shirts describes Henderson’s dedication and modesty in teaching. “Once, in a graduate statistical mechanics class, he was lecturing on [his] liquid state theory,” said Shirts. “I had to interrupt… and ask who invented the technique he was describing. Only then did he admit that it was his own development. If I had not called it to the class’s attention, he would not have informed students that he had invented the technique he had described.”

His family, students, colleagues, the scientific community, and students of chemistry all over the world may remember and honor Henderson and his work in the following years. A mark such as the one he left may not be removed.

Chemistry Department chair David Dearden wrote that Henderson “raised the level of discourse for all of us [in the Department], demonstrating… what it takes to function at the top levels of science. He wasn’t satisfied with a rote answer, but wanted to understand things thoroughly, based on fundamental principles. His example was inspiring.”

Finally, Henderson was a faithful member of the Church of Jesus Christ of Latter-day Saints and served in several bishoprics. His membership in the Church was a primary motivator for his joining BYU as a faculty member. Henderson thus united faith and science in his life.

The Chemistry Department extends heartfelt sympathy to Dr. Henderson’s loved ones and honors him for his valuable contributions of friendship, innovation, and research to the department and the scientific world. While he will be missed, he will also be deeply celebrated.

One may click here to visit the obituary created for Dr. Henderson by his family. 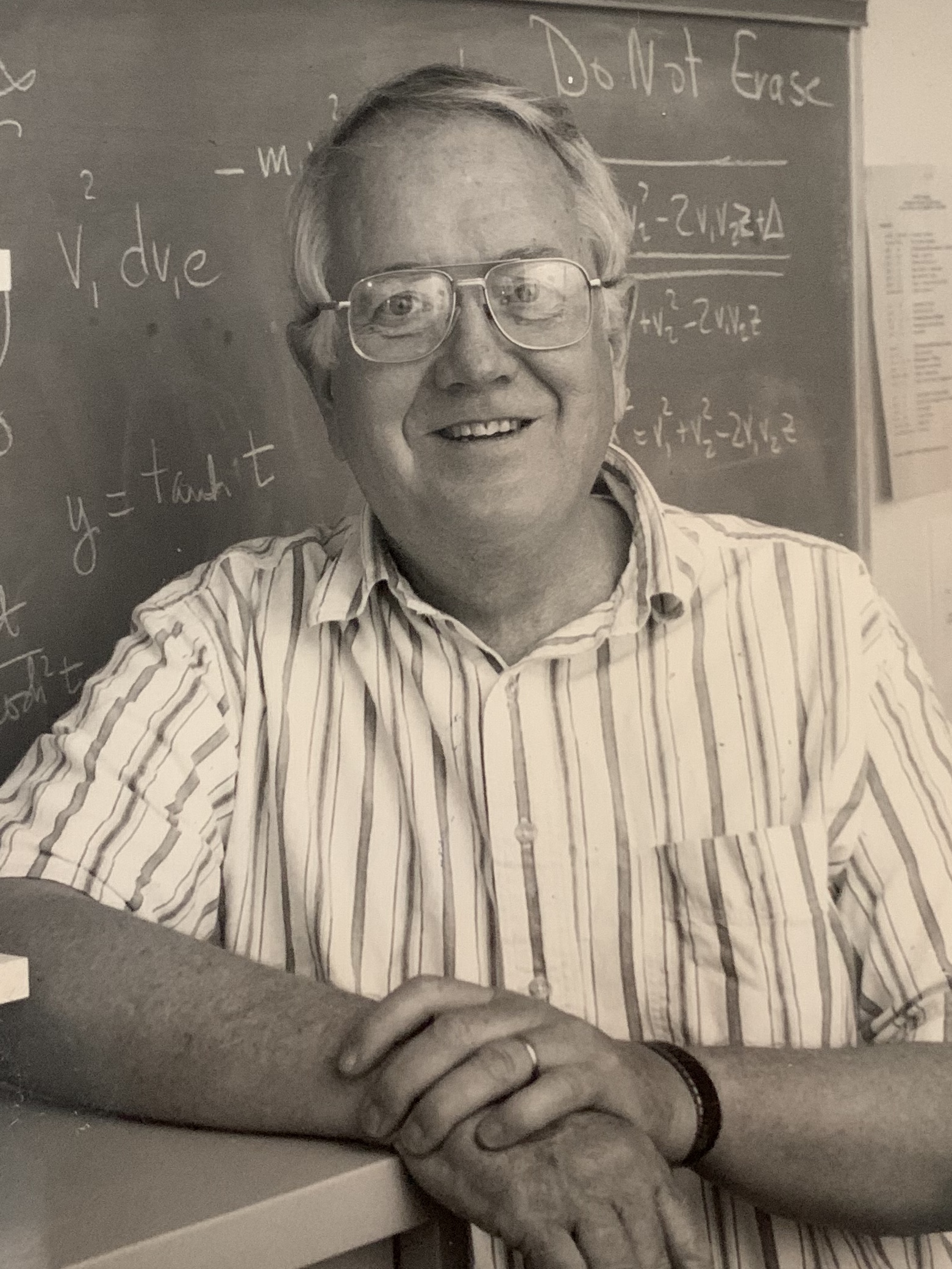 The above photo was submitted by Ms. Sue Mortensen and portrays Dr. Douglas Henderson. 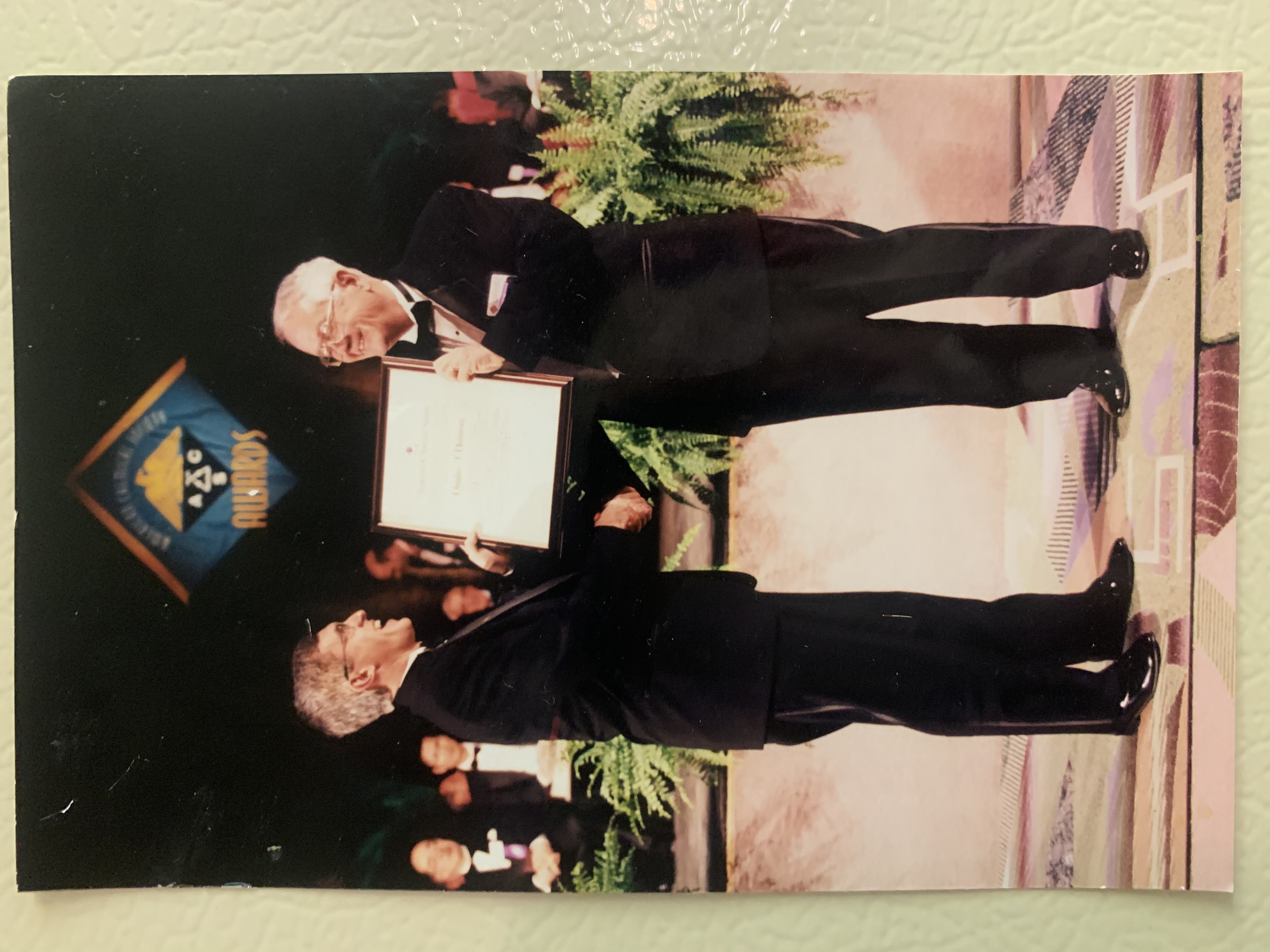 The above photo was submitted by Ms. Sue Mortensen and portrays Dr. Douglas Henderson accepting an award at the American Chemical Society (ACS) National Convention.

The photo at the head of the article was submitted by Ms. Sue Mortensen and portrays Dr. Douglas Henderson. BYU Department of Chemistry & Biochemistry reporter Sydney Jezik wrote this article.