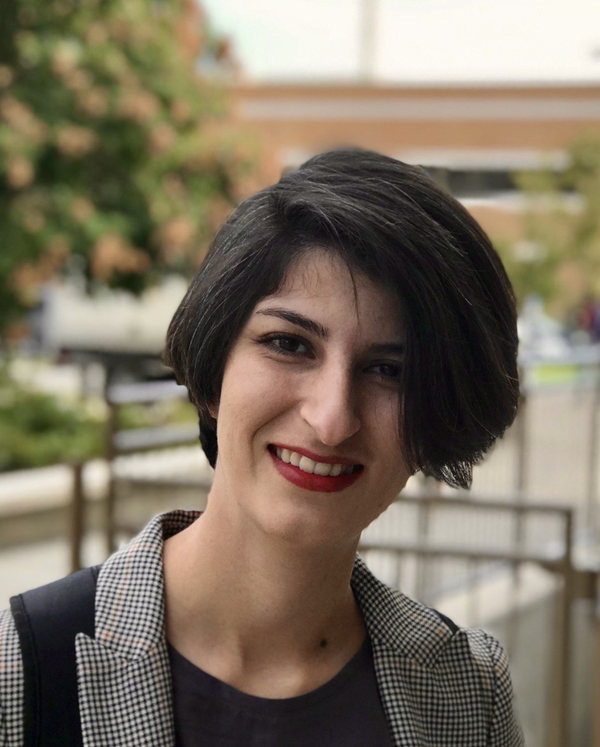 The AVS annually issues the Applied Surface Science Division (ASSD) award to outstanding students of chemistry. Avval studied the surface chemistry of glass, including its use as a substrate — a chemical reactant — in electronic devices. In her work, she relied on atomic layer deposition and low-energy ion scattering (LEIS) in order to thinly layer fused silica glass with chemicals and study the ensuing reaction.

Avval was selected as a finalist by the ASSD committee based on the originality and scientific merit of her research. She and the other finalists then presented a 5-minute version of her work over Zoom for the committee. Avval ultimately was awarded second place out of a large and deeply competitive applicant pool. She received a cash reward for her work, which she entitled “ALD & LEIS for Determining the Surface Silanol Density of Chemically and Thermally Treated Fused Silica.”

"I [am] pleased and honored to [have] competed for the ASSD student award," said Avval. "I was able to do a really nice presentation... the second place is a great honor for an award like this."

Avval has studied analytical chemistry at the BYU Department of Chemistry and Biochemistry since 2017. Since 205, she has co-authored 28 research publications with BYU professors including Daniel E. Austin, Daniel H. Ess, Paul B. Farnsworth, Kara J. Stowers, and Matthew R. Linford. She currently works with Dr. Linford as a part of his research group.

Pictured in the above photo is Ms. Tahereh G. Avval. This photo was submitted by Ms. Avval, who also co-wrote this article with Department reporter Sydney Jezik.