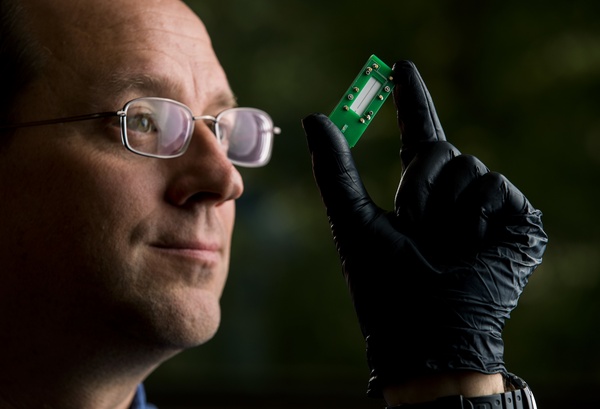 Due to current COVID-19 restrictions and guidelines, Dr. David Dearden presented the award to Austin in place of Dr. Reed M. Izaat and Dr. James J. Christensen. Along with many others, Izaat was able to attend the event via Zoom.

Austin gave a dynamic presentation on his research of “Ion Trap Mass Spectrometers for Portable Chemical Analysis,” and his prospects for future developments in this field. 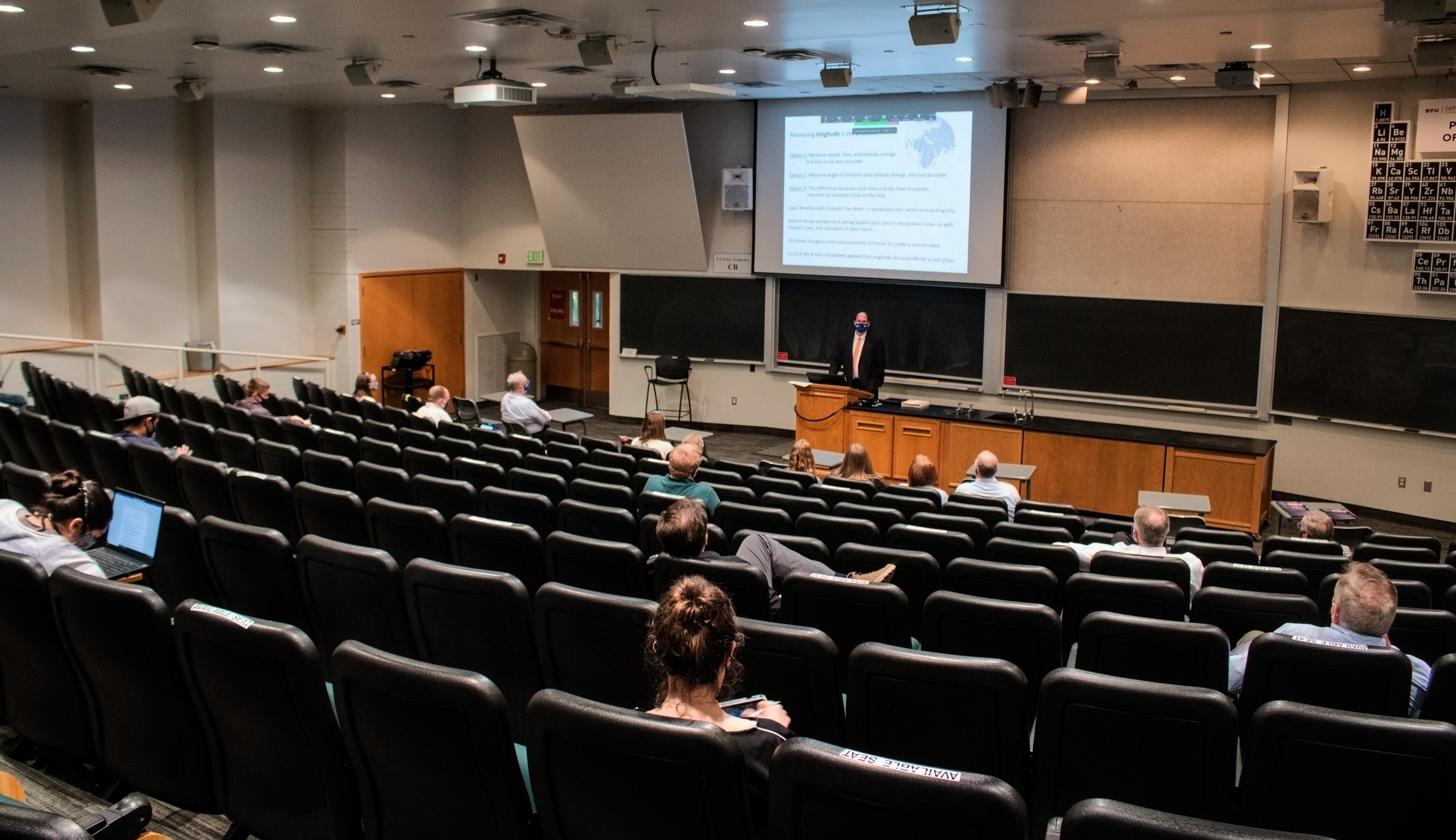 Figure 1- Due to COVID-19 and current social distancing requirements in the state of Utah, the majority of the attendees at this lecture attended via Zoom.

Because of its worldwide expanse, the British Empire of the 17th, 18th, and 19th centuries became known as “the empire where the sun never sets.” Whilst conquering land and sea, the British suffered heavy losses due to the worldwide inability to calculate longitudinal coordinates.

After years of extensive research and experimentation from big thinkers and clockmakers alike,  John Harrison created the world’s first marine chronometer in 1760, an invention that would solve these issues. This seemingly simple portable device not only saved the lives of many British sailors and many of the empire’s ships, but revolutionized maritime navigation.

“Just as the marine chronometer forever shaped oversea travel and navigation… there would be priceless benefits as a result of making and distributing portable chemical analyzers.”

Just as the marine chronometer forever shaped oversea travel and navigation, Austin feels that there would be priceless benefits as a result of making and distributing portable chemical analyzers, often referred to as portable mass spectrometers. These devices would be able to provide real time information when measuring sensitive samples. As he puts it, this technology is capable of  “measuring components that are variable in time or space, screening for the most interesting or valuable samples, [and] analyzing remote and [potentially] dangerous locations.”

In order to give his audience an idea of what these devices could look like, Austin gave the example of the innovative apparatus from Star Trek called the “tricorder.” It is a portable device that can be used anywhere to provide immediate answers to the questions that crew members on the starships have. The device's abilities include, “data sensing, analysis, and recording” of nearby environmental variables.

Similarly to the convenience of science fiction’s tricorder, Austin emphasized how invaluable it could be for military personnel, doctors, and scientists to have a comparable portable device  while exploring unknown terrain. With it they could promptly and accurately survey an area and alert them to any potential danger in the vicinity. Receiving this information in real time would help with quick decision-making and allow for more educated responses to environmental shifts. 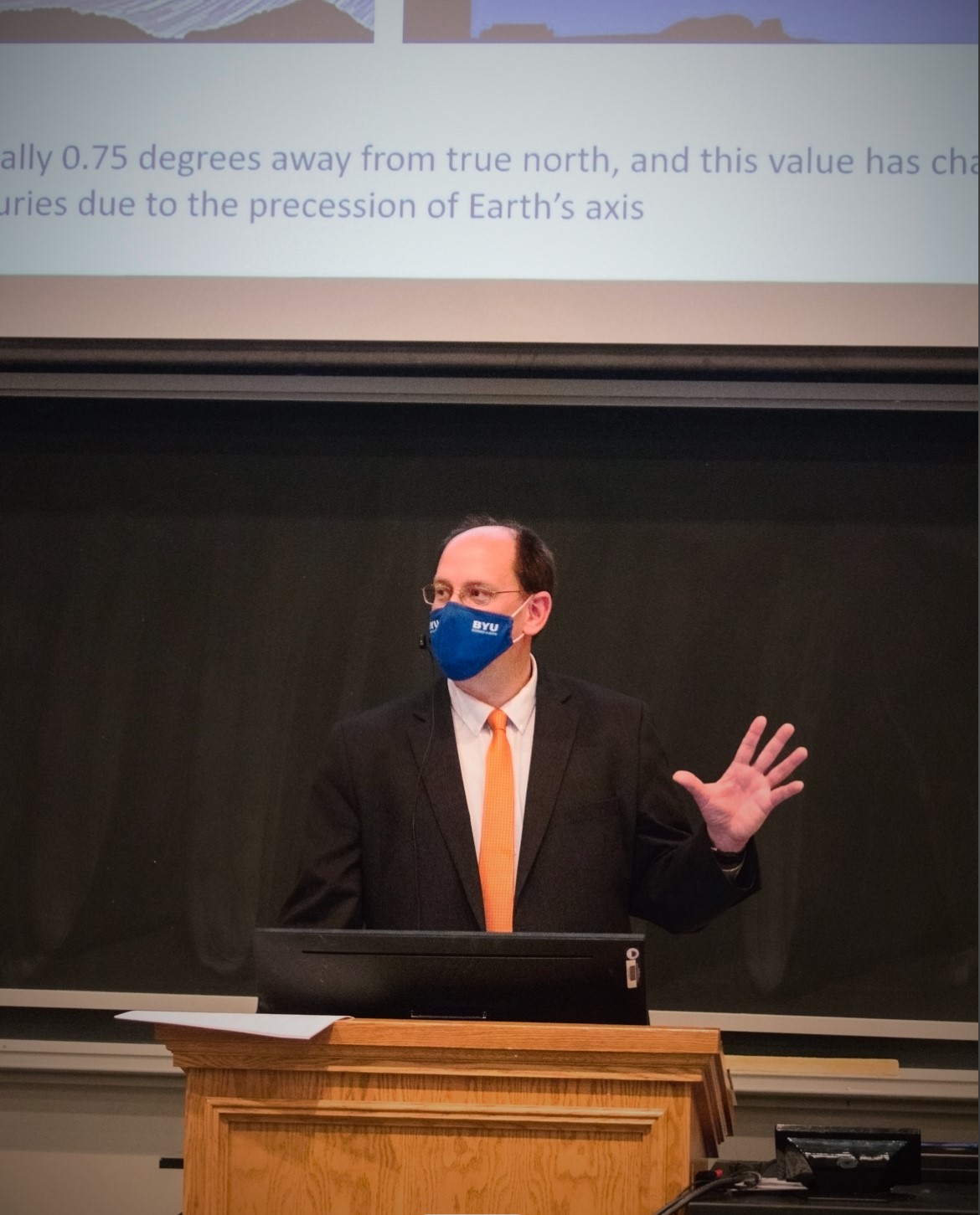 Figure 2 - Austin during his lecture

Austin and his research team hope to accomplish further innovation toward similar helpful devices by way of a portable mass analyzer, or mass spectrometers. Currently most mass spectrometers are large, heavy and non-portable. For this purpose Austin and his team have been busy at work aiming to improve the accuracy and portability of these devices by a means that is low in cost and permits wide distribution.

One method that has helped this process move forward is the invention of ion traps.

What are ion traps?

“Of all the different kinds of mass analyzers, most of the miniaturization efforts around the world focus on ion traps.” As he described his own focus on miniaturizing ion traps, Austin explained, “Anytime we track an ion, or a population of ions… we can measure the mass-to-charge ratio… enabl[ing] us to determine the composition of the sample.”

These miniaturization efforts have been an extensive process of trial and error. Beginning with the quadrupole ion trap, then the linear ion trap, and most recently making progress toward developing a toroidal ion trap with cylindrical electrodes, these efforts continue and small changes bring about a wide variety of results.

Research has been focused largely on three approaches to making better miniaturized ion traps. Production of these ion traps includes novel advancements including lithographically patterned plates, the wire ion trap, and the coaxial trap with an integrated injector.

Using lithographically patterned plates allows for the creation of the same electrical field shape without the conventional ion trap approach. It is simple, being made of only a few central parts, yet just as effective as many of the current designs. Throughout the years, many improvements have allowed for better results, including moving the plates themselves closer together. This helped Austin’s team produce a 360 micron design approximately the size of a quarter.

Unlike the lithographically patterned plates, the wire ion trap model consists of four screws, various nuts, wires, and a pair of circuit boards.  While slightly larger than the 360 Micron design, the smallest wire ion trap that Austin’s team has produced is about the size and length of a AA battery. This design provides for mass resolution and accuracy and can be produced at an ultra-low cost - less than $10 per wire ion trap. 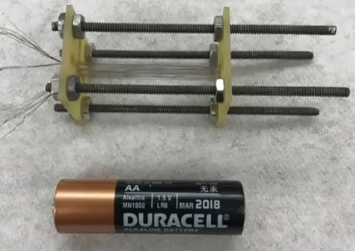 Austin's most recent addition to research is making an ion trap using a coaxial trap. In essence he is combining a toroidal trap and a cylindrical trap. This ion trap is a recent addition to research in his lab and has thus far been limited to testing simulations and outlining projected model designs. Austin anticipates this trap will have three main regions, namely, “the rectilinear ion guide, the toroidal AC electrode trap region, and the ion ejection slit.” Austin hopes that this new design will increase scan functions and make the readings more accurate , while still allowing situ ionization and facilitating integration with chromatography.

“This new design will increase scan functions and make the readings more accurate , while still allowing situ ionization and facilitating integration with chromatography.”

Revolutions in history, science and the media encourage innovations in portable devices for chemical analysis. Austin has contributed greatly to many of these efforts through his thorough research in the field of Chemistry.