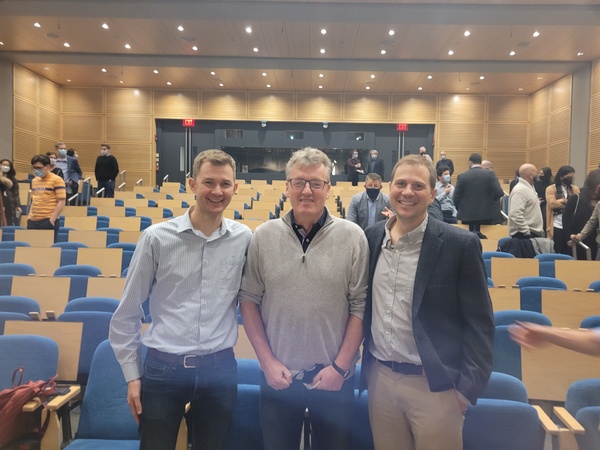 BYU graduates Spencer Jones (BS ‘06) and Bryon Simmons (BS ‘02) had the opportunity to be involved in the research that won the Nobel Prize for Chemistry in 2021. They worked as PhD graduate students alongside Dr. David MacMillan in the early 2000’s in his Princeton University lab developing a tool that revolutionized the construction of molecules: organocatalysis. MacMillan received the Nobel Prize for his work in October of 2021. He discovered that organic catalysts have proved more effective and reliable than the metal catalysts that have been used in the past. The discovery of organocatalysis is making chemistry greener and has streamlined the process of creating asymmetric molecules.

Jones and Simmons were well prepared to work under the direction of MacMillan and pursued careers in the pharmaceutical industry after receiving their undergraduate degrees at BYU.

While attending BYU, Jones had the opportunity to work closely with Dr. Steven Castle (BS ’95) in his lab. “During the two years I conducted research with him, I was able to work alongside masters and PhD students and drive a real project with potential impact to the scientific community,” said Jones.

Simmons had a similar experience while obtaining his undergraduate degree as he worked in the lab of Dr. Merrit Andrus (BS ‘86). “I didn't realize how unique and special that training was until later when I was interviewing for graduate school with another Nobel laureate professor named Barry Sharpless. When I showed Professor Sharpless what I had done as an undergraduate at BYU, he chuckled and told me that he had seen PhDs in synthetic chemistry awarded for much less. That same synthetic chemistry training I obtained at BYU got me my first pharmaceutical chemistry job at Merck,” said Simmons.

MacMillan shares a mutual respect and admiration for BYU’s undergraduate education programs. “When Spencer and Bryon arrived at Princeton they were trained at the highest level I have observed of any undergraduates moving to a graduate program,” said MacMillan. “I would be delighted to work with more BYU’ers in the future and I hope to get the chance to interact with the next generation of students trained at this exceptional level.” 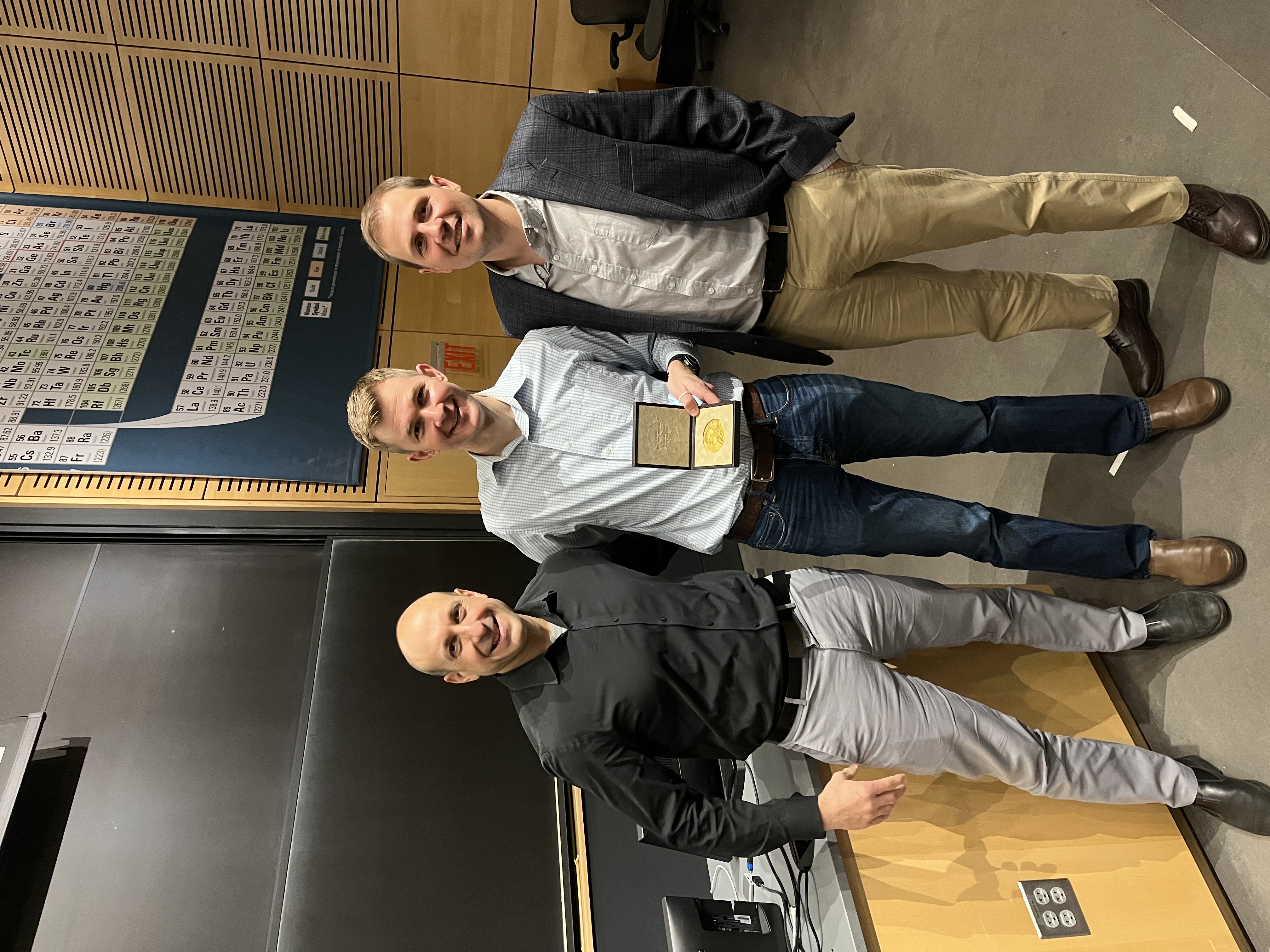 After receiving their PhDs and completing their work with MacMillan, both Simmons and Jones have gone on to work in the pharmaceutical industry where they get to use science for good. Simmons is working for a company that produces the nano lipids for the Moderna vaccine, and Jones is currently working at Eli Lilly and Company.

In Jones’ current position, he is the director of discovery chemistry at Eli Lilly. He is heavily involved in drug discovery research as Jones explained, which allows him to “use science to try to make life better for patients around the world.” They are able to accomplish this through their research and development of different medicines that are later distributed throughout the world. They are currently working to improve public health for people who are living in areas with limited resources.

Simmons is currently working for CordenPharma as a process chemistry group leader. Their company has recently been focused on producing the lipids that are necessary for the COVID-19 vaccine. They have been working on generating sufficient quantities of lipids to create 100 to 200 million doses of the vaccine every month. Regarding his current position Simmons said: “I find great satisfaction working in the pharmaceutical industry and seeing the direct impact of my daily work improve the lives of so many around me.”

Both were well prepared for the work that they are doing today. “I credit a lot of the success I have had in my academic and professional career to the foundation of research I obtained while doing undergraduate research at BYU,” said Jones.

Due to the unique environment at BYU where students get to be heavily involved in high quality research, there are many graduates who are currently experiencing great success in their respective fields. Jones and Simmons are an example of this and are a great inspiration to our current students.