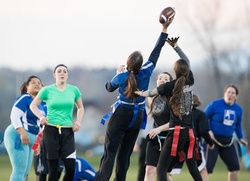 This women’s flag football team is full of Ph.D.s

The 2017 BYU annual University Conference was held Monday, August 28, 2017 in the Marriot center. The names of Karl G. Maeser and Abraham O. Smoot are more than familiar to BYU faculty and staff members. Perhaps it is even a cultural requirement to know them in order to work at the university. The contributions of these men to the foundation of BYU are well heralded and well deserved, and every year we remember them ... 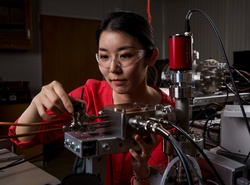 BYU researchers have created a miniaturized, portable version of a tool now capable of analyzing Mars’ atmosphere — and that’s just one of its myriad possible uses.

For decades mass spectrometers have offered a relatively fast and highly sensitive way to analyze and detect chemical compounds. But their bulky size has been a hindrance, limiting their in-field potential. 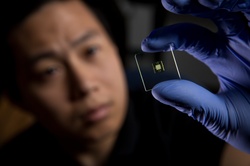 Researchers Greg Nordin and Adam Woolley are the first to 3D-print a viable microfluidic device small enough to be effective at a scale much less than 100 micrometers.

Previous researchers have used 3D printers to make microfluidics, but not on this scale

When was the last time you sniffed your water? 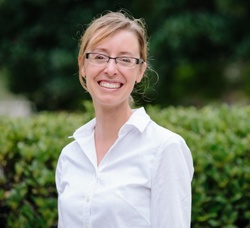 In the July 3, 2017 issue of Chemical & Engineering News, author Michael Torrice writes about an experience serving on a panel to evaluate water odors.

As part of the article, Torrice outlines some of the history and techniques for identifying and quantifying odors found in water. Torrice also interviewed BYU Chemistry and Biochemistry undergraduate alumnus Dr. Christy C. Spackman (http://www.christyspackman.com/) as an expert on the water industry. Dr. Spackman ...

“Some of you were involved in a very unusual undertaking at BYU, a lawsuit against the largest pharmaceutical company in the world . . . I am honored by your presence and for my association with you as ... 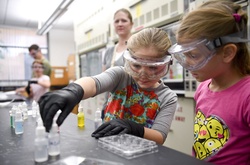 Titrations, precipitations and recrystallizations were just a few of the experiments that took place as Brigham Young University opened its labs to local students on Saturday for Open Lab Day.

“We want them to see how cool chemistry really is, and help them see that this is something they can do and contribute to,” explained Brigham Pope, Y-Chem club president and a rising junior studying biochemistry at BYU. 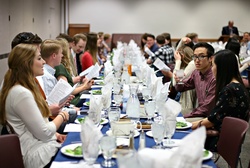 The Annual Awards and Graduation Celebration Banquet was held April 12, 2017, in the Wilkinson Center. Many undergraduate and graduate students were in attendance, as well as faculty and staff. Dinner was funded by the Keith P. Anderson Foundation and Dr. Dearden gave the opening remarks.He began by thanking all of those who contributed to the success of the evening, and then congradulated the students on all their hard work and dedication to their studies, and ...